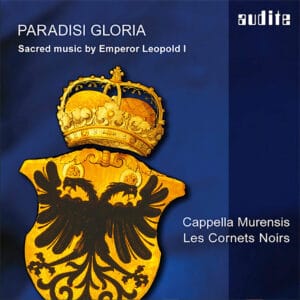 We just added the Stabat Mater by Emperor Leopold I (1640 – 1705), son of emperor Ferdinand III. He lived in Vienna. As a child he was taught the harpsichord and received lessons in composition from his Director of Music at his Court Chapel. He spent the sum of 60,000 gulden yearly on his court musicians, commissioned a new theatre and also composed himself.
His surviving works show the influence of Bertali and Viennese composers in general and of Johann Heinrich Schmelzer. His own compositions include more than 150 arias on Italian texts, a number of German-language oratorios and musical comedies as well as many religious works such as requiems which were performed at the funeral of his first and his third wife and at his own obsequies in 1705 in Vienna. My friend Aristides Chronopoulos from Greece was kind enough to inform me about this cd. Thank you so much!