Dukest Avoi dukan borit – the first line of the Stabat Mater poem in Konkani. The majority of the inhabitants of Goa, India, speak Konkani language. In 1510 the Portuguese conquered Goa and the conquerors were followed by the monks (Franciscan and Jesuits) and merchants.  Christianisation started. The Stabat Mater text was translated into Konkani in the 17th century by Fr. Pascoal Dia named Asli Matha Dukhest and in 1905 by Minguel Placid Colaco  titled Khursa Mullim – Bottom of the Holy Cross. Konkani is our 26th language in which the Stabat Mater has been translated – we found the first seven stanzas. The translation has been set to music too. Also the Roman-Catholic people in the city Mangalore, many of them speaking Konkani, are familiar with the Latin text of the Stabat Mater. 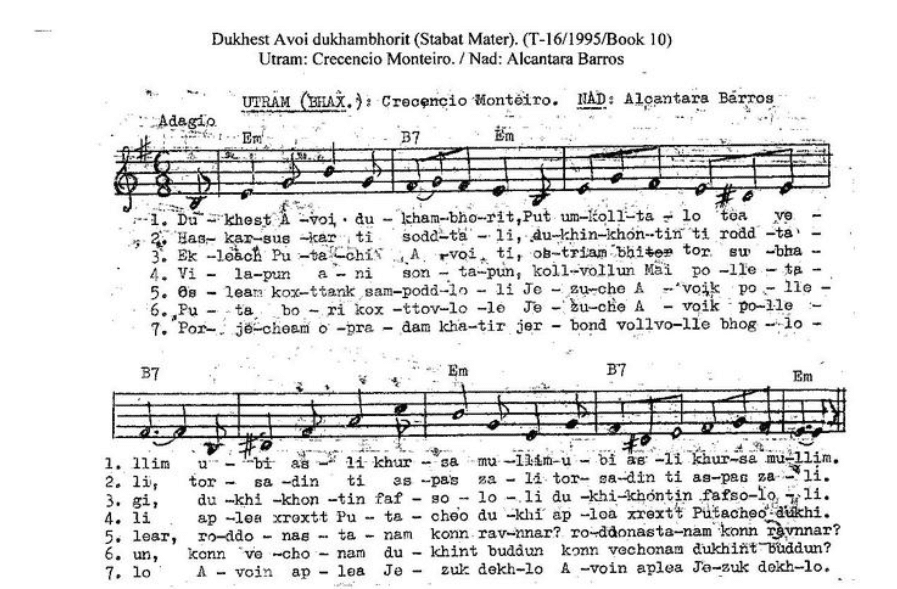 As in many other places all over the world during Lent (before Easter), Mangalore has the Way of the Cross along the fourteen stations and a live Passion Play.