Stefaan Vanheertum, a composer from Ghent in Belgium, was so kind to invite me for the world Premiere of his Stabat Mater composition. He composed this work in 2010 – 2012. On his site  Stefaan announces the concert himself:

The Stabat Mater uses the Latin text but projects it to the present. This piece is not so much about the suffering of the Mother of God but the suffering of mothers in general. The starting point of the music is the loss of a child and the feelings this causes to the mother:  pain, anger, despair and finally acceptance. Whether a mother loses a child due to illness, hunger, an accident or a war situation; the suffering is universal. Unfortunately the events in 2015 illustrate the relevance: both fanatic Syrian fighters killed in Syria and Iraq (or Paris), as the innocent victims of attacks such as those in Paris and throughout the Middle East, the young refugees who drowned during the hazardous crossing of the Mediterranean as well as the soldiers and police officers who were killed, they all have family that is left orphaned. The Stabat Mater is an oratorio for orchestra, percussion, choir and two soloists (soprano and mezzo-soprano). The soloists are Hilde Coppé and Inez Carsaw, the orchestra Arc-en-Ciel  (prepared by Tom Deneckere) and the choir Amici Cantantes under the direction of Florian Heyerick.

So we were in Ghent on April 16th. We had a fine weekend, we enjoyed the city and we loved the Stabat Mater, the percussions and especially the xylophone.  A CD of this concert will be made soon. On his site you will find a link to the score of the Stabat Mater and information about other compositions by Stefaan Vanheertum. 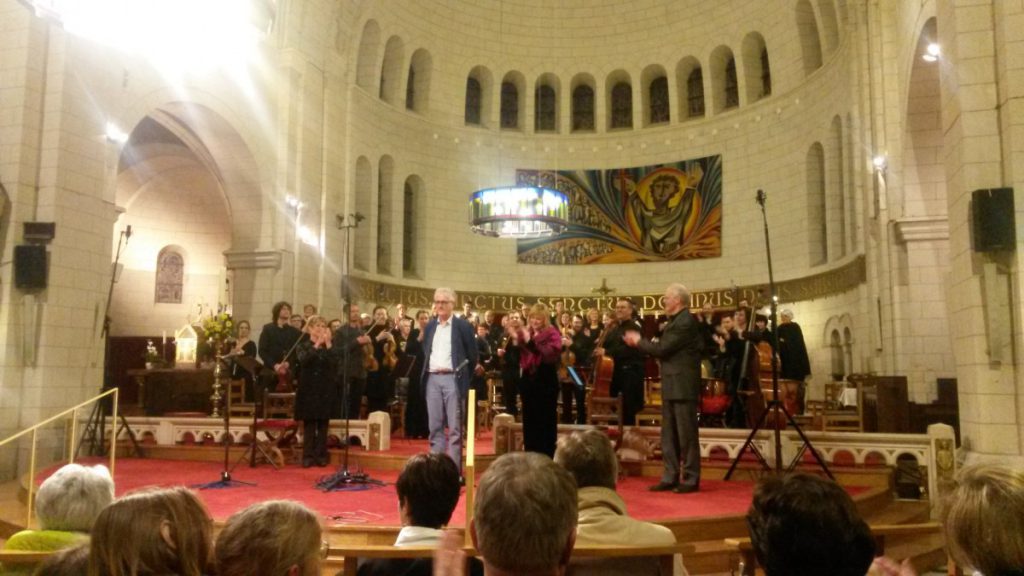