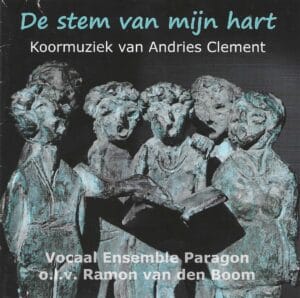 Mrs. Clement was kind enough to send us the CD with compositions by her late husband Andries Clement, a Dutch composer who was born in 1943. Clement studied choral conducting at the Amsterdam Conservatory and Musicology at the University of Utrecht. He was a teacher at the conservatories of Amsterdam and Zwolle. In 1975 he became director of the Brabant Conservatory, and later of the Fontys School of the Arts in Tilburg. He has led many choirs such as the Toonkunstkoor Zutphen, the Amsterdam student choir and the Eindhovens kamerkoor during 29 years. His compositional choices were determined by the extent to which singers could identify with the text. His Stabat Mater is for children’s choir, soprano solo and double choir. Various styles alternate in this Stabat Mater: Gregorian melodies, 16th century polyphony, Poulenc-like consonances and modernist clusters. His Stabat is very special, we love it. Andries Clement died 2015.